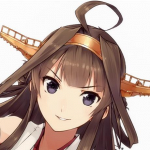 Greetings fellow Commander, General, Proselyte, or whichever title you prefer to go by.

I am SOTF (abbreviation for Soldier of the Future) and you can easily recognize me as The Ugly Barnacle on Youtube, as you'll see my comments on almost every popular Mental Omega (related or otherwise) video out there. As a dedicated Command and Conquer fan since Tiberian Dawn (I've played every C&C game released except for Tiberian Twilight, for obvious reasons *grumble grumble*), I used to be quite active on the Command and Conquer wiki until life caught to me and I lost my login credentials, so I fell off the radar. However, Mental Omega has renewed my interest and after a long period of absence, I'm here once more to build this wiki to the best of my abilities.

Real life responsibilities are also what limits my time here. It's the same reason why I don't have an account on the Mental Omega forums.

Someone has pointed out that I have thrown some interesting trivia out there - this is because my memory of the C&C franchise serves me well, so it's easy for me to connect the dots to most references that were made in Mental Omega.

I had always hoped to contribute to the mod in some way during its development phases but since my lack of computing skills and sufficient resources prevented that, I hope to compensate with my writing skills provided to the wiki itself.

Retrieved from "https://moapyr.fandom.com/wiki/User:SOTF?oldid=19797"
Community content is available under CC-BY-SA unless otherwise noted.