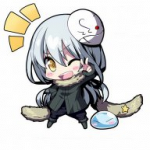 I am Nikitazero, a 28-years old Indonesian living in Bandung. I am a veteran gamer of some sort, especially RTS and FPS games.

I have a lot of interests, such as general knowledge, history, fantasy, militaries (especially guns) and of course, gaming, at which most of my family think that I am obsessed to video games.

Thanks in no small part due to tendencies of free-to-play online games released here in my country being mostly "pay to win", my fondness to video games is now limited to popular franchises, although sometimes I played certain recent online games just for tryouts. Currently my gaming interests have begun to wane, perhaps due to my age and having little time and more things in my mind since studying in the university, as well as being often felt lethargic.

Other than playing video games, I spent most of my time in front of my PC by browsing the Internet, editing my conceptual "ideal" online shooter game which now becomes my dream that I pursued so much where I could actually develop the said game, as well as building a fantasy setting which would be too long to explain here.

Currently I enjoy playing Rise of the Reds, ShockWave and Mental Omega APYR, which, in my opinion, was much better than the original game. Mental Omega APYR is perhaps the finest mod I've ever played, since it really deserves to be called as an unofficial yet nearly perfect de facto expansion pack for Yuri's Revenge, as its title suggests.

Since I am both the administrator and the bureaucrat of the Mental Omega APYR Wiki, you'll find me performing administrative duties and overseeing the wiki, making sure everything looks in order and turn the wiki into an enjoyable and nice to read information source for Mental Omega APYR.

If you noticed it, I've using the pictures of Rimuru Tempest, the protagonist of the Tensei Shitara Slime Datta Ken light novel/manga series, as my avatar. That's because recently I've been reading the said manga and found Rimuru to be a very interesting character; at first, he appears to be an unassuming, weak slime, but it turns out that he is a very powerful being and a capable leader at the same time. In the end, Rimuru becomes my most favorite animanga character since his traits fits my preference towards RTS games.

Retrieved from "https://moapyr.fandom.com/wiki/User:Nikitazero?oldid=61172"
Community content is available under CC-BY-SA unless otherwise noted.